7 of the World's Most Decked-Out Christmas Houses

There's always one house on the block that goes Christmas-lights crazy—and as over-the-top as some of the displays can be, others are hands-down spectacular. Not only that, but many homeowners decorate in order to collect money for a local charity. Check out some of the most joyous decorative feats below.

CHRISTMAS ON THE CANAL 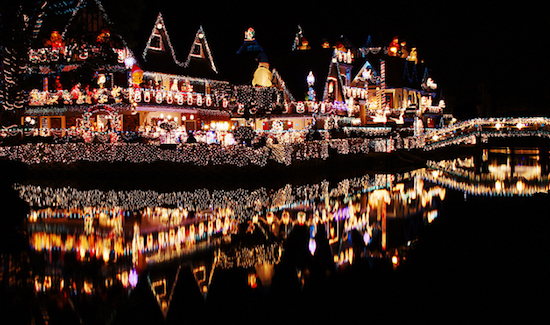 Situated along the canals of Venice, California, this dynamite display spans two houses (located next to each other) as well as a pedestrian bridge. Photographer Lisa Miyake captured this gorgeous scene and its reflection in the water perfectly. 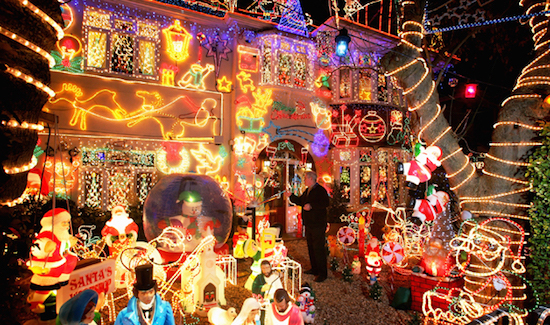 In the market town of Melksham, England, Alex Goodwind's home is transformed every year thanks to his holiday spirit. Mail on Sunday reported that Goodwind used "more than 115,000 bulbs" for the 2008 display shown above, in hopes that visitors would give money to a local hospice via his donation box. 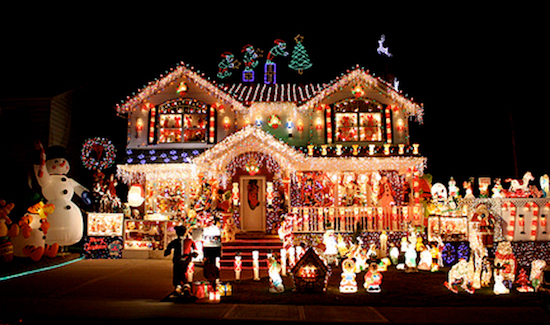 This Queens, New York, phenomenon is located in the neighborhood of Bayside. Decorations include inflatable and lit-up figurines as well as traditional Christmas lights.